May Theilgaard Watts was a noted naturalist, educator, author, and artist. Born May Petrea Theilgaard on May 1, 1893 in Chicago, Illinois, Watts was one of four daughters of Danish immigrants Hermann and Claudia (Anderson) Theilgaard. Her father, a trained landscape gardener, helped her develop her interest in plants at a young age.

After attending Lakeview High School and teaching public school in Midlothian, Illinois, Watts went on to study at the University of Chicago. Inspired by the work of Henry C. Cowles (whom she referred to as a "great and first American ecologist" in the forward to her book, Reading the Landscape), she graduated with a Bachelor of Science in botany and ecology and was elected to Phi Beta Kappa 1918. Watts then taught at Lakeview High School until 1924 when she married Raymond Watts. In 1925, Watts was a student at the Art Institute of Chicago.

Soon after moving to Ravinia with her husband and young family in 1927, Watts became involved in nature-related activities. Through Cowles, she became associated with Friends of Our Native Landscape, a group working to preserve the natural landscape in the Midwest led by Jens Jensen, who was also a neighbor, and before long she began speaking about ecology at local garden clubs. Soon after, Watts was invited to teach classes at The Morton Arboretum, and in 1942 she became an Arboretum staff Naturalist. In this role, Watts developed programming that included botany, ecology, and geology, as well as gardening, sketching, nature literature, and creative writing. Her courses quickly became a popular draw to the Arboretum.

Watts has written numerous poems, articles, and illustrated teaching aids, including her booklet Tree Finder, as well as two popular books: Reading the Landscape and Reading the Landscape of Europe. Although she had to retire from the Arboretum after suffering a stroke in 1961, Watts continued her campaigns for nature preservation throughout the remainder of her lifetime--most notable were her efforts to turn an abandoned railway into what is now the Illinois Prairie Path. 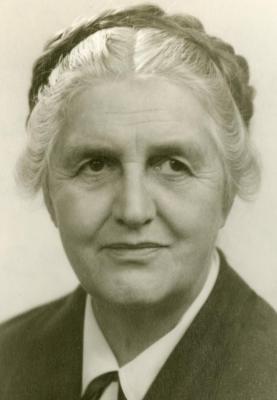 Denton Butterfly And Moth Collection
Mary K. Moulton Language of Flowers booklet and dedication to May Watts
Collection of May Theilgaard Watts materials
Morton Family Silver and 1875 Silver Circular Salver Presented to May Watts by Board of Trustees
Ravinia her charms and destiny
Tree Finder by May Theilgaard Watts
Evergreen Trail Map and Worksheet
Worksheets (presumed to be by May Watts)
Watts, May Theilgaard
Watts, May Theilgaard - Publications
Nomination for the DuPage Heritage Gallery 1989
Bibliography of Published Works
Worksheets and Course Materials
Learning Materials
Miscellaneous Sketches
Illinois Prairie Path 50th Anniversary
Naperville Park District, May Watts House
Proposal for May Watts Portrait
Correspondence re: Reprint of Reading the Landscape of America
May Watts Family, Carol Doty Notes and Correspondence
Publications About May Watts
"Reading May Watts," Presentation by Carol Doty
May Watts, Anne Keller Research
Publications and Teaching Materials on Hawthorns
Watts, May T. - Publications (folder 2)
The Morton Arboretum map created by May T. Watts