Charles C. Haffner III was the longest serving Trustee in Arboretum history, joining in 1964 and serving for the next 48 years.  As successor to Suzette Morton Davidson, he was the first non-Morton to be elected as Chairman of the Board of Trustees in 1977 and served in this role for 24 years until 2001. Among his many contributions, Charles C. Haffner III built a secure, climate-controlled addition to the Sterling Morton Library to house the Special Collections in 2000, naming the collections the Suzette Morton Davidson Special Collections to honor Suzette's significant contributions to the Library. Following his death in 2012, the Charles C. Haffner III Reading Room was dedicated to honor his strong commitment to the Sterling Morton Library. 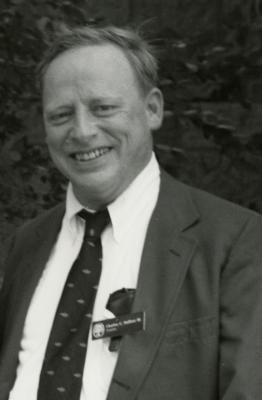