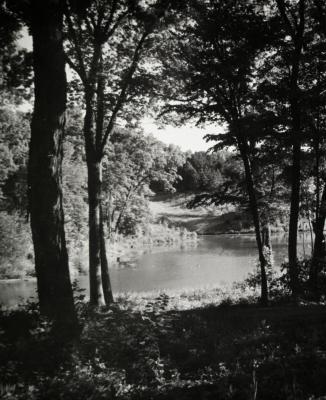 Lake Marmo was the first man-made lake constructed on the grounds of The Morton Arboretum, and for many years it experienced sedimentation issues. So in 1960 work began on a settling basin, which was later named Sterling Pond for Sterling Morton, Joy Morton's son and a trustee of the Arboretum for 39 years. Sterling Pond had sedimentation issues of its own due to upstream agriculture and urban development, but in the summer of 2001, the Arboretum reconfigured the banks of Willoway Brook from Leask Lane to the East Branch of the DuPage River, which, in addition to higher water quality and erosion control, resulted in reduced sediment deposited into Sterling Pond.

Located on the West Side of the Arboretum beyond Lake Marmo, Sterling Pond is a great location to spot wildlife including wood ducks and Indigo Buntings.