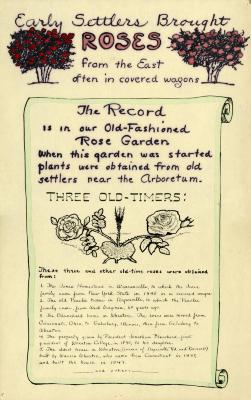 Header [framed by illustrations of rose bushes, one red and one pink]: Early Settlers Brought ROSES from the East often in covered wagons

Text and illustrations from top to bottom: